This is a guest post by high school senior, Carly Lappas. She attends North Yarmouth Academy in Maine and is doing a year-long independent study to educate herself on a variety of biopsychology topics. I am happy to have consulted with her periodically over the first half of the year and I look forward to seeing the rest unfold. You can follow her progress, writings, and reflections on her associated blog. 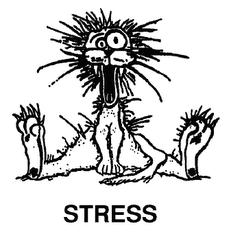 Stress and school are two things that always seem to go together, no matter where you come from. For myself and most of my peers stress comes from the amount of work we have and worrying about college applications. However, for many kids just the thought of having to sit in a class room all day, or being asked a question by a teacher creates a stressful situation.

With the American public education system falling behind the rest of the world, especially in low-income school districts, many educators and people just concerned with the situation, have begun looking into why this is happening and what needs to be changed. I recently listened to a podcast from This American Life that aired on September 14, discussing the effect that early childhood stress has on kids achievement in school. http://www.thisamericanlife.org/play_full.php?play=47

In the podcast, Author Paul Tough, James Heckman, a nobel prize winning economist, and Dr. Nadine Burke Harris discuss their findings on how early childhood stress has long lasting effects on children. When people are in stressful situations, as many low-income children are, their stress hormones run on over drive. Dr. Harris said to imagine yourself having to fight a bear. Your adrenaline would be rushing and you wouldn’t be focusing on anything else, just fight or flight, how do I stay alive? For these kids dealing with high stress situations, such as poverty and abuse, these feelings become the normal, and because they’re so common, they biologically affect the brain; pathways become engrained through the brain signaling these feelings of stress. So when a child is asked a simple question or feels threatened in any way, this response occurs, turning of the cognitive, “thinking,” part of the brain. 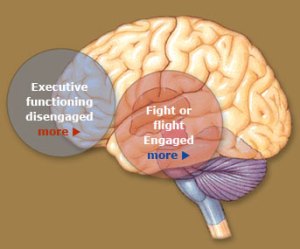 Paul Tough explained how even though a child may go through stressful situations, good parenting can help overcome that. A study done on rats showed that the rat babies that were comforted by their mothers after being picked up, opposed to those who were not, were better at mazes, stronger etc. This translates to humans. Kids who have strong connections with their parents often do better in school than those who don’t, because their parents are there to help them deal with stress. So what happens to kids in stressful environments without strong parental bonds?

This is where James Heckman comes in, he believes that children who deal with these problems need to learn non-cognitive skills. It isn’t that these kids aren’t as smart, but rather that they need to learn how to turn off the stress signals in the body and develop social skills. Programs, such as One Goal, are teaching kids to do this and preparing them to have more successful futures.

What do you think? Personally I agree that stress has a major effect on children even if they aren’t fully aware of what is going on. When I first met with Professor Glenn, she told me how she was researching how early life experiences change the brain, even embryonic experiences and that these effects may be passed on to the next generation. So are these programs really going to work? Is a child’s hard time in school really caused by stressful situations, or is it something you’re born with already?