In our discussion on Tuesday about Prozac and depression we talked about how one potential cause for the high instances of people seeking medication for depression in our society could be the way “negative” emotions are typically seen in the U.S. This immediately made me think of Joseph Zornado’s book “Inventing the Child: Culture, Ideology, and the Story of Childhood”. In his book, Zornado argues that Western child rearing techniques create a vicious cycle of violence and emotional dysfunction. Zornado argues that the way Westerners have been physically punishing their children for emotional outbursts causes a disconnect between the child’s thoughts and emotions, creating a fragmented self. As a result, children no longer trust their own emotions or intuitions. Their parents have essentially taught them that emotions other than calm contentment will be met with anger and violence and are, therefore, bad. Zornado takes his argument even farther throughout the book by analyzing how these core concepts are exhibited in popular children’s media such as Grimms’ fairy tales, the works of Lewis Carroll, and Disney movies. It seems that even the stories we share with our children at bedtime encourage emotional detachment and violence.

Growing up when I did, in the 1990’s and early 2000’s, I have seen evidence of the behaviors Zornado talks about. Children were expected to behave, period. Tantrums were solved with time-out or other forms of punishment instead of talking through the issue at hand. Personally, I think Western child rearing techniques may have played a large role in the increase in antidepressant prescriptions as depression became more widely diagnosed. However, from my experiences working in classrooms in the present, I find hope in how teachers have changed classroom policies. More and more I feel like teachers are encouraging their young students to talk about their feelings when they are having a tough time. I have worked in classrooms where they designate “safe spaces” where children can go when they recognize they are experiencing a strong emotion that they need to deal with. I think new trends in childhood education and parenting are moving in the right direction to counteract the cycle of emotional detachment that Zornado talks about. 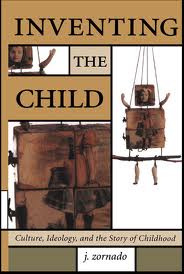