“We are what we repeatedly do” – Aristotle 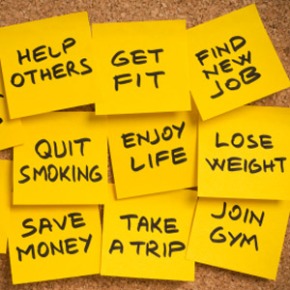 Habits are essential. They reduce our cognitive load and free up our time/mental reserves for the more important decisions in life. For instance, I generally only wear dresses with leggings and load up on oranges, vegetables, and, depending on whether or not I’m vegan that week, some lean meats. I don’t want to have to make decisions about what I’m eating or wearing, because that takes away time and energy that could be spent on higher-priority decisions, such as What I’m Doing After College or How To Get a Jerb or Choosing a Health Plan. This is exactly why I find shopping so exhausting – it’s unfocused decision-making energy, information overload, and something that deviates from my routine. It is stressful, tiring, and if I were allowed to take this option without feeling like a small child, I would have someone dress me every day.

To some degree, we all live by this philosophy of optimization. Research shows that making a decision degrades your ability to make other decisions, so we fall back to what we’ve been programmed to do: our habits. And clearly there has to be some reward or reinforcing value that we must get from them, or else they would not be sustained over the years.

Our behavioral patterns shape who we are, and we often refer to them as “character and personality.” By definition, your personality is your consistent pattern of thinking, behaving, and reacting, and your character traits are deep-seated aspects of your personality. So if you get down to the heart of the matter, personality and character are also sets of habits that have been maintained as you make your way through the world, for better or for worse.

So how much plasticity does that afford us? Is there hope for the neurotic who has only known a life of stress and anxiety? How about someone who is chronically late or forgetful? Is it possible to un-learn consistent behavioral patterns like flipping on the panic switch and getting your feathers ruffled? Is that less of a cognitive overhaul than getting into the habit of being punctual? Why?

There is a reason New Year’s resolutions don’t usually stick: habits take a while to form, and usually you’re going against the grain (of complacency, laziness, or sheer cognitive overload). It’s hard to turn over a new leaf, even in the face of social punishment, ridicule, or increasing debt – for the simple reason that this is all we’ve ever known, again, and again, and again.

I’m also not sure how I feel about self-improvement binges, since it strikes me as more or less re-engineering your personality for social optimization. Where do we draw the line between developing helpful habits and going overboard trying to become our ideal selves? I feel like so much of our dissatisfaction in life comes from our lack of realistic habit-forming/goal-setting. Is there a way to make some of our worst habits bite the dust (procrastination, anyone?) while still being patient with ourselves? If anyone’s figured it out, sign me up for your workshops, please!

More food for thought (how our poor overloaded brains function when inundated with information): http://www.thedailybeast.com/newsweek/2011/02/27/i-can-t-think.html

2 thoughts on “Getting into the Habit of Making (Good) Habits”