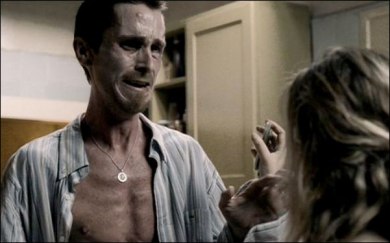 For this week’s post I thought I’d try and discuss two of my interests and see how they cross over: theater and psychology. Naturally, as a discipline modeled around emulating human behavior theater is heavily entrenched in psychology. When acting a role, it is important to establish the motivation behind a character’s actions and decisions. For more dramatic roles, this is especially important so as to portray a genuine person onstage, rather than a caricature. They need to come from a believable, human place.

In the style of acting known as “method”, this concept is especially important. In method acting, the key idea involves literally being your character. Actors like Heath Ledger, Marlon Brando, and Daniel Day Lewis are well known for their massive dedication to inhabiting a character. While this can give a great performance, method acting does have expected ramifications. Because method is usually employed in dramatic scenarios, the emotions and motivations associated with an actor’s character are oftentimes negative. At a very basic level, this disruption of mood and emotion can result in sleep deprivation, which can in turn develop psychosis.

Furthermore, the negative behavioral changes can only be exacerbated should the actor in question already suffer from emotional instability. As a bit of a personal sidenote, last semester I was a part of Powder & Wig’s production of A Streetcar Named Desire. I played Stanley Kowalski, an aggressive, controlling brute of a man who drank, fought, and took whatever and whomever he wanted. The entirety of the process was the angriest three months of my life. both on and offstage. While my temper does tend to flare in my normal state, having a role like Stanley coupled with both depressive and manic episodes resulted in me reaching the extreme ends of my emotional spectrum. Method acting, whether it was a conscious or unconscious decision, served as a way for me to vent.

All in all, method functions much like a placebo. In these roles, it is easy to replace our “normal” behavior with that of the character we are portraying. It gets to the point that these negative emotions supplant our normal persona and become the automatic response, requiring professional psychiatric counseling to bring one back to normality.

One thought on “Method to Madness”