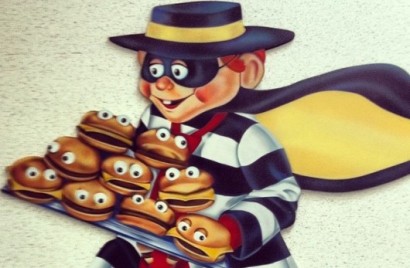 When defining any kind of addiction, decision-making behavior plays a huge role. For many drug addicts, like the crack-addicted Janice in America Anonymous, drug seeking and consumption so overpower other urges that they neglect their other personal and professional obligations. This is also the case for those suffering from behavioral addictions; what separates an exercise addict from others who train excessively is that the addicts are unable to stop their exercise regimen, even if given medical orders. For some addicts, like Todd the bodybuilder/escort in America Anonymous, it is very difficult to weigh the consequences of addiction behavior. For others like Janice, even when the consequences are understood, it is extremely difficult to alter negative behavior. For all addicts, there is clearly an issue with decision-making.

These issues immediately came to mind when I discovered “Understanding Decisions to Burglarize from the Offender’s Perspective.” The object of this 2013 study was to interview convicted burglars and look at the thought process and decision-making that goes into each offense. This study was also of interest to me because well over half of those interviewed committed their crimes in order to support drug habits. Given this high correlation, it seemed like the study could shed some insight into the decision-making processes of some addicts.

While some of the burglars always planned their crimes in advance (around 12%), many more made spur-of-the-moment decisions (41%), while for the rest it varied. Given Janice’s description of her own tendency to have her plans upended by drug-seeking/usage, the more impulsive burglars would seem like a closer match to addicts. However, the study found that there was no correlation between drug-usage and the amount of planning that went into the burglary. 60% of burglars said the presence of an alarm would cause them to seek an alternative target, but most would still consider a target if there were only lesser deterrents (e.g. dogs or lights). This would indicate that even when the high-risk activity of burglary is made exponentially riskier, almost half of the burglars would still follow through rather than seeking an alternative. This just once again demonstrates the faulty decision-making processes that are affecting these burglars.

Obviously not all (or even most) addicts would result to crime to sustain their habit. However, it is very interesting to look at the consequences of having an impaired decision-making capacity.

One thought on “A Burglar’s Perspective”