“My body has become nothing but a cage, a source of pain and constant problems. The illness I have has caused me pain that not even the strongest medicines could dull, and there is no cure. All day, every day a screaming agony in every nerve ending in my body. It is nothing short of torture. My mind is a wasteland, filled with visions of incredible horror, unceasing depression, and crippling anxiety, even with all of the medications the doctors dare give. Simple things that everyone else takes for granted are nearly impossible for me. I can not laugh or cry. I can barely leave the house. I derive no pleasure from any activity. Everything simply comes down to passing time until I can sleep again. Now, to sleep forever seems to be the most merciful thing.” – Daniel Somers 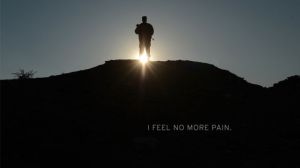 Symptoms of PTSD and Major Depressive Disorder are similar such that these often comorbid diseases have similar diagnoses and frequently coincide proceeding traumatic experiences. The passage above is an excerpt from veteran Daniel Somers’s suicide letter to his wife and family. Daniel was a 30-year-old veteran that served in multiple United States intelligence units during Operation Iraqi Freedom. Upon returning to his family in 2013, he severely suffered from PTSD and other war-related conditions; consumed with such dark thoughts that exhausted his every moment, Daniel took his own life. The Somers family gave permission to publish his letter, sharing their pain and bringing awareness to the severity of mental illnesses. See the full letter: http://gawker.com/i-am-sorry-that-it-has-come-to-this-a-soldiers-last-534538357

As noted by President Obama at the National Conference of Mental Health in 2013, approximately twenty-two United States veterans commit suicide everyday. On a global scale, over one million people die by suicide each year, averaging one death by suicide every 40 seconds; these alarming statistics demonstrate the seriousness of untreated mental illnesses such as depression.

The etiology of MDD includes both genetic and environmental factors. One study (Caspi et al., 2003) explored the influence of life stress on depression, as moderated by a specific genetic factor, the serotonin transporter gene-linked polymorphic region (5-HTTLPR). This study found that the number of stressful life events experienced, increased the risk of depression; it also found that the short allele of 5HTTLPR increased the risk of depression. Integrating these genetic and environmental factors, it was concluded that stressful life events interact with this genetic factor such that individuals with the short allele of 5HTTLPR and more life stressors, have a higher risk of depression. This particular study examined only one specific gene, however there is no single gene that causes mental disorders; many genes interact with the environment to illicit mental disorders such as depression.

While a portion of society neglects to acknowledge depression as a valid medical condition, recent research exploring the biological basis of depression offers physical evidence of a biological abnormality associated with severely depressed individuals. In depression, an excess of stress hormones are released in the brain, actually causing physical damage to the hippocampus, which is particularly sensitive to stress relative to other brain regions. Through fMRI, research has shown that the hippocampus of depressed individuals is actually reduced up to 25% in comparison to healthy individuals. The length of depression was correlated to hippocampal atrophy and reduced hippocampus volume such that prolonged depression resulted in smaller hippocampus size (Sheline et al., 1996). This provides a physical basis of depression, further demonstrating actual biological abnormalities caused by depression.

The development of medications to treat depression, including various types of antidepressants, has shown exciting implications in recent studies. Addressing the particularly concerning consequence of hippocampal atrophy, antidepressant medications have been found to reverse neuronal deterioration in animal studies. In a study with adult rats (Malberg et al., 2000), chronic antidepressants actually increased the neurogenesis in the hippocampus. Researchers measured the amount of neurogenesis by using BrdU markers to track the dividing cells and measure cell proliferation; the treatment condition had significantly increased new cell growth in the dentate gyrus and hilus of the hippocampus. This evidence offers a possible opportunity for inducing human neurogenesis in order to regain the lost hippocampal volume due to depression.  This evidence for physical biological consequences also accentuates the importance of early intervention and treatment of depression and other mental illnesses.

One thought on “The Risk of Depression”