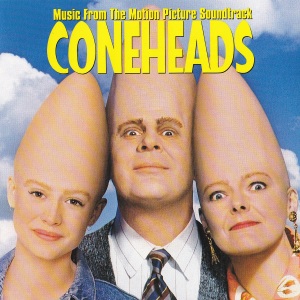 Elongated skulls have in the recent past have been mis-labelled as evidence of extraterrestrial life on Earth.   Are these skulls proof of a race of aliens visiting us in the not too distant past or is something far more simple?  The practice of skull deformation is quite common and was performed as far back as the Summerians, around 5000 B.C.  Infants heads were bound, or flattened to produce a conical-shaped head.  It is believed that by binding the head it produced greater intelligence and a greater connection to the Gods depicted as having similarly shaped craniums. Skull binding was practiced all over the world including Egypt, Iran, China, the Pre-Columbian Americas, Africa, and areas of Europe.  Perhaps in early cultures head size and length was directionally proportional to one’s intelligence and spirituality.  Methods for changing the direction of cranial growth included binding the infant’s head or sandwiching it between two pads to create the recognizable receding, broad forehead and angular growth of the skullcap.  At a young age a baby’s skull is quite malleable and the calvarium also known as the skullcap has many soft spots (fontanelles) making this structural change possible.  The intrinsic growth of the cranium does not change, so the skull compensates by growing farther out and narrowing.

Skull reformation leads to a restricted growth in the frontal and occipital bones and larger vaulting between the parietal lobes, and shallower posterior cranial base (Cheverud et al.).  How would this change the features of the brain?  Could a shallower posterior cranial base lead to a smaller area for the cerebellum and consequently impair balance and motor control?  Continuing, if there is restricted growth in the frontal and occipital bones would this lead to pressure against the neocortex and and impaired reasoning? The brain is plastic at an earlier age and could accommodate a change in cranium shape, but we are not meant to have oblong head so this could have serious consequences later in life.  It also important remember that a change in cranium size could lead to pooling of interstitial fluids, or slumping of the cortices depending on whether you view the brain as a fluid or solid (Francesschini et al.).  Few people have studied the neurophysiological effects of artificial cranium deformation, but the practice s relatively rare today if not extinct.  Future studies analyzing the potential brain deformations due to this cultural practice could be enlightening.