We automatically associate the word “tickle” with play, laughter, and tend to pair the word with multiple people (after all, who tickles themselves).

Shakespeare states in the Merchant of Venice

Selden in his review of the behavior of tickling separates the action into two different families: knismesis, and light noxious tickling and gargalesis, a tickling sensation that induces heavy laughter. It is important to note here that tickling can be both aversive and pleasurable, and the action that is induced by extrinsic force.

In terms of neurophysiology, it is thought that extrinsic stimulation to several different pressure receptors may cause the pleasurable feeling. However, depending on whether you’re receiving an aggressive tickle from a sibling, or the light brushing of a feather, light touch and hard touch take different paths up the central nervous system to the brain. This pathway is different from the pathway generally associated with itch, yet it is curious to think that a pin could elicit a feeling of pain, or a tickling sensation solely depending on pressure.  The anterior supplemental motor are of the frontal cortex is associated with laughter so it could be that tickling activates this region of the brain. Interestingly the reason why you or I cannot tickle ourselves is because the afferent sensory information coming from our receptors is negated in the cerebellum. But, what about when an appendage such as an arm or leg falls asleep at night because we may sleep in an awkward position? When, say you arm for example, goes numb, this is due to the ulnar nerve being compressed and as a result no stimulation passes from your hand to your brain. So, potentially then we could self-tickle. 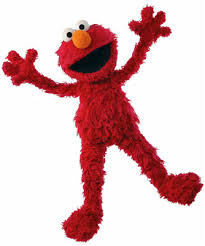