Every person has a slightly different experience when looking at pieces of artwork, but there are some characteristics that make art more ascetically pleasing. For example, most 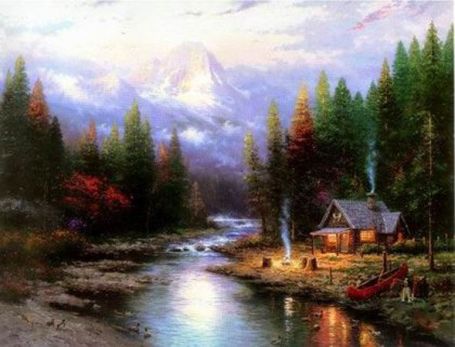 people perceive natural landscape as beautiful, but within landscapes there are features
that make some more appealing than others. In a 2010 study, by Han, the three common characteristics that make landscapes more appealing are “complexity”, “openness”, and “water features”(Han K., 2010). These qualities cause the viewers to have similar reactions and emotions to the same paintings, but only few studies have looked at the emotion of a person before the art is shown to them.

One study, looking at college students, had them undergo different conditions before they looked at art. One group was shown a scary film, another a happy film, low physical activity, high physical activity, and a control group. After the preliminary conditions they were asked to look and rate the same paintings. What they found was that the group that was shown the scary clip rated the paintings higher than the other groups. Having a fearful experience before viewing a painting might prime the brain for it to have a much more pleasant experience while viewing the art (Eskine, K., et al. 2012). 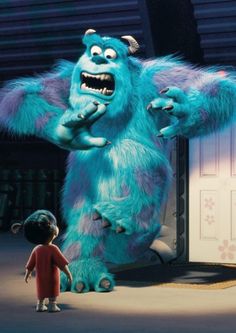 The writer of the paper gives some hypotheses to why this might be the cause. The first is that fear has evolved to be an evolutionary advantage that allows us to determine whether we need to “fight, flight, or freeze”. This also causes an increase in attention and focus to the environment and situation. The participants that watched the scary movie could have caused the pieces of art to grab the attention of the viewer due to the increase in focus. Another study found that if participants paid closer attention to a person, the more they found those people more attractive. (Stromer, V., Alvarez, G., 2016). This may explain why the participants that felt fear, and hence more attention, viewed the paintings as more pleasing.

Another explanation they gave was that the emotions and physical reactions of the clip were misattributed to paintings, which caused the viewer to think the art was the root of their arousal. People have said to have goose bumps or an increase in perspiration when looking at painting which are similar reactions to fear. This idea is supported with previous research that the right insula, left anterior cingulate and left dorsolateral prefrontal cortex have both been shown to be activated when processing fear and having an aesthetic preference for art.

Fear has also been shown to cause an increase sexual selection. A famous study conducted by Dutton and Aaron in 1974 had men walk across a bridge where an attractive female asked them to fill out a survey and asked to call if they had any questions. They also took another group of men that didn’t walk across a bridge and had the same interaction with the same woman. The study found that the men that walked over the bridged called the woman more than the control group. This is believed to also be due to the Misattribution of Arousal. If the same brains systems that are involved in processing the beauty of art that are involved in processing of human beauty then it would make sense why in both situations fear has such a big impact on the perceived beauty.

These studies show that fear may affect how the brain to reacts to stimuli specifically when determine if something is aesthetically pleasing, such as art or a sexual partner. If fear has such a dramatic impact, could it be possible for other emotions (frustration, cheerfulness, sadness ect…) to play an equal or bigger role in determining whether something is beautiful?