When you look at a beautiful work of art what do you feel? It may be happy, sad, eerie, entranced, or a number of other stimulating emotions. Everything you go through while interacting with something aesthetically pleasing is an aesthetic experience. Aesthetic experiences occur due to cognitive and neuronal structures in the brain. So what happens when a person’s cognitive and neuronal structures are changed or damaged? Would that person still have experience aesthetics in the same way? 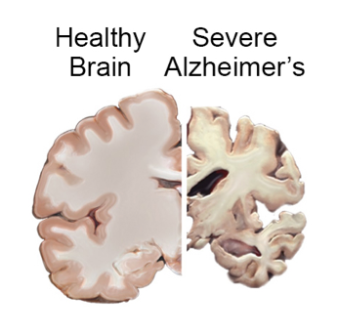 Alzheimer’s disease is a degenerative disease characterized by loss of neurons and synapses in the cerebral cortex and other subcortical regions. This loss of neurons and synapses causes atrophy in the temporal lobe, parietal lobe, parts of the frontal cortex, and the cingulate gyrus. The most common early symptom is short-term memory loss. As the disease worsens over time a number of other problems may occur such as language disorientation, mood swings, personality changes, and loss of motivation. The exact cause of Alzheimer’s disease is still under debate, however the disease is associated with amyloid beta plaques and neurofibrilliary tangles. Research has indicated that it is the neurofibrilliary tangles that play the driving role in causing the memory deficits. The question then remains, would all these changes in the brain affect a person’s aesthetic experience?

One way to examine someone’s aesthetic experience is to look at his/her taste in art, what they find beautiful. Normally, people have preferences for visual art are stable over short periods of time. Hofel and Jacobsen (2003) have attributed this preference stability to memory. People continue to like a certain type of art because they remember another piece of art that is similar, thus familiarity and memory influences people’s taste in art. When Alzheimer’s disease damages a person’s memory does their aesthetic preference still remain constant? Experimenters had Alzheimer’s patients order pieces of art in accordance to preference (Halpern, Ly, Flkin, Frankston, & O’Connor, 2008). Two weeks later the participants were brought in again to sort the pieces of art. The results showed that Alzheimer’s patients who were not artistically trained are consistent in their preference for visual art over a two-week period. This would suggest that the neurodegenerative symptoms of Alzheimer’s disease do not impede people from having aesthetic experiences. Yet Alzheimer’s is not the only neurodegenerative disease that might impact a person’s aesthetic experience. 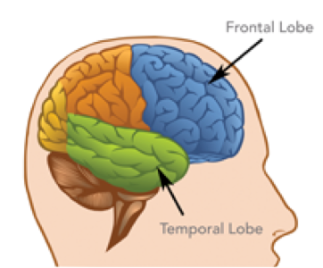 Frontotemporal dementia refers to a neurodengereative disease that is defined by the progressive neuronal cell loss in the frontal and/or temporal lobe. This cell loss can lead to a change or deterioration of behavior, personality, language, and motor functions.

Typically people enjoy music that is familiar and tend to dislike music that surprises them too much. This phenomenon is what leads people to stay in the same musical genre after their 20s. However, patients suffering from frontotemporal dementia have no problem switching musical genres (Boeve & Gede, 2001). In fact three patients reporting began listening compulsively to music that had hated before the onset of their dementia. Furthermore, when people have damage to their temporal lobe, their music taste changes and change the style people create visual art (Ridder & Aldrige, 2005) (Miller et al., 1998)!