Gestational and early life events are crucial for brain development. There are good reasons why we tell women what and what not to do while pregnant, as different actions of theirs will have positive or negative outcomes. There are many easy examples of restrictions we place on pregnant women- they shouldn’t smoke, drink alcohol, be excessively stressed- but research has recently uncovered the significance of music on brain development of unborn fetuses. Recent literature has specifically suggested a link between music and neurogenesis, or the growth of new neurons. While this research is currently limited to rat models, it has important implications for human brain development as well, suggesting positive benefits of music during the prenatal period.

One study played music at a comfortable volume (65 decibels), or noise at a louder volume (95 decibels) for 1 hour/day, to pregnant rats from the 15th day of pregnancy until birth. They then “sacrificed” (read: killed) the rat pups at 21 days old, and looked at

These studies demonstrate the possible connection between music in the prenatal term and enhanced neurogenesis later in life. If we extrapolate this to humans, it suggests that pregnant women could be well served to listen to comfortable levels of music frequently, but avoid high-volume exposure, such as 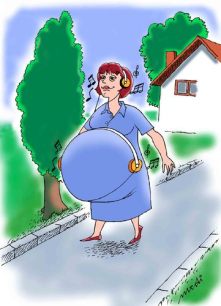 concerts (as if pregnant women weren’t limited enough already). While this is certainly significant, neurogenesis is not the only thing that affects general neuronal health. Neurons need to be kept healthy, they need to be fed and repaired in order to function perfectly, and cannot even develop fully on their own. The brain has multiple ways of regulating these upkeep and construction factors, such as Brain Derived Neurotrophic Factor (BDNF) and Nerve Growth Factor (NGF). These are proteins that help the growth, survival and function of neurons in the brain. There is increasing evidence to suggest that music can alter the levels of these proteins, thus altering neuronal upkeep abilities of the brain.

One study set out to investigate the manner through which music has physiological effects on listeners- altering heart rate, blood pressure, respiration, and mood. They focused on the hypothalamus known to be involved in body homeostasis via the HPA axis, and looked at BDNF and NGF levels in the hypothalamus when mice were exposed to music and when they were not. They found that BDNF levels increased when mice heard music while NGF levels decreased. The increase in BDNF suggests that music leads to the brain’s increased ability to upkeep neurons, 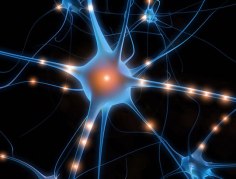 indicating that the brain would be more resilient to changes in its environment (Angelucci, 2007). This resiliency can be crucial for everyday emotional modulation (Gebhardt, 2015) and in general resilience to neurological trauma (Särkämo, 2008). Overall, music not only appears to enhance neurogenesis but also helps the brain rebuild and repair neurons, which can help the brain withstand environmental changes.

These studies demonstrate a link between hearing music, both in the prenatal term and post-birth, and enhanced neurogenesis and neural upkeep. In turn, this suggests that it might be a good idea for pregnant women to listen to music while carrying their child, and that music can be an important part of healthy brain development and upkeep. Luckily, most people find listening to music enjoyable, and this could be an easy and effective way for pregnant women to improve the health of their unborn child.