Why do we sleep?
This has been a mystery that scientists and philosophers have attempted to grapple with for thousands of years. Some of the earliest speculation on sleep was done by Ancient Greek philosophers like Hippocrates, most of whom had theories involving the movement of blood towards or away from the surface of the body to serve various purposes. About 100 years after Hippocrates’ sleep theory, Aristotle proposed that sleep was a time of physical renewal for the body caused by warm vapors that were produced during digestion. Apparently Aristotle was a man familiar with a food coma. In the 1000 years following Aristotle, our understanding of the stages of sleep and the neurological differences between a sleeping and waking brain expanded drastically, but the purposeful nature of sleep was left relatively unexplored. 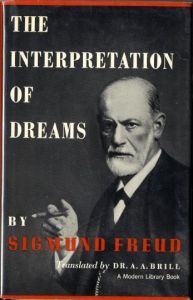 Finally, in 1899 Sigmund Freud published a book called The Interpretation of Dreams which hypothesized that dreams are a tool to reveal psychological insights about repressed memories and thoughts that the brains internal ’sensor’ is able to inhibit while awake.Though Freud was still far from any sort of provable theory (as some of his avid critics made sure to remind him), the idea of a greater biological or psychological purpose of sleep was once again a major part of the science of sleep study.

Since Freud’s observationally based hypothesis, we have made tremendous progress in understanding why we sleep. Though no single prevailing theory exists, sleep has been implicated in a number of important biological and psychological processes. A common theory on the purpose of sleep has a similar tone to that of Aristotle, and suggests that sleep is important for recovery. During wakefulness, the brain is incredibly metabolically active and all that metabolic activity requires energy. When we sleep, the level of metabolic activity in our brain decreases, which allows the supply of energy, depleted from a hard day of brain activity, to be replenished. In contrast to this idea, a more recent theory suggests that sleep is a time for the brain to exercise pathways that are underutilized during waking hours. So rather than rest as the primary purpose for sleep, this theory advocates the value of sleep lies in its ability to maintain pathways that may be underutilized throughout the day.

Perhaps the most popular theory right now is the idea that sleep plays a significant role in the process of memory consolidation. It is well established that sleep deprivation causes impairment in memory, which is the primary evidence leading researchers to this claim. However, critics argue that the evidence that has led to this conclusion could be just as easily interpreted to say that sleep causes impaired performance rather than impaired memory.

It is clear that there is still a long way to go before we fully understand the purpose of sleep, but in the past few years a new and promising theory on the utility of sleep has been proposed: sleep as a means of metabolic waste clearance a.k.a. toxin removal.

To understand how this theory came to be, it is important to take a step back and understand the basic need of cells in the body. The brain, which put simply is a collection of cells, needs two simple things that are universally required by all cells; an energy supply and waste removal. In the human body we have a system designed for each of these specific needs. To supply energy we have the circulatory system, which brings oxygen and essential nutrients to cells all throughout the body. To remove waste we have the lymphatic system, which transports lymph throughout the body, removing harmful toxins and metabolic waste along the way. Though, proportionally, the brain is the most metabolically active organ, it has no traditional lymphatic system. Instead, the brain relies on cerebral spinal fluid to circulate in the interstitial space (the space between the cells in the brain) and remove harmful waste and proteins. It seems strange that the organ producing the most metabolic waste is the only area of the human body lacking the traditional waste removal system. 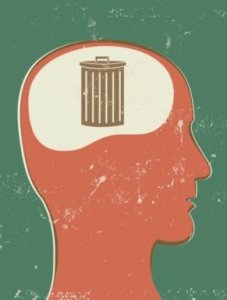 This suggests that the brain must have some way to compensate for this problem, and in 2013 a team of researchers set out to do just that. A sleep study using mice and highly advanced imaging technology found that the rate at which metabolic waste products are cleared out of the brain is significantly faster in a sleeping brain than a waking brain because the interstitial space in which the cerebral spinal fluid normally circulates to remove waste increased by nearly 60%.

Such clear evidence that sleep is involved in waste removal from the brain is undeniably exciting, but it is important that we don’t get carried away. Humans have been asking the question “Why do we sleep?” for millennia and though we are closer than ever before to an answer that can be supported by scientific evidence, we have to remember that a phenomenon as complex and universal as sleep likely has not just a purpose, but purposes, making continued exploration and theorization just as important as ever before.