For as little as humans know about sleep, we know even less about dreams. We accept that the content of dreams is expansive and varies greatly between individuals. We even have some understanding of what factors influence the content of dreams and how they do so. However, when it comes to understanding why we dream, there is often a disconnect between dream content, the factors that influence dream content, and developing theories on the purpose of dreams. 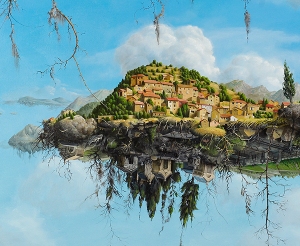 In our quest to understand the purpose of dreams, a disproportionate amount of energy has been devoted to understanding through the use of fancy tools. Of course, by fancy tools I mean the technological advancements that enable us to see the brain and study sleep and dreaming in ways that were previously unimaginable. The emergence of fMRIs allows us to examine regional brain activation in sleeping and dreaming individuals. Electroencephalography, electromyography, and electrooculography can create a unique picture of what the different systems of our body are doing during different phases of the sleep cycle, in particular during rapid eye movement (REM) sleep, when dreams are thought to occur.
I am not arguing that these tools have not been groundbreaking in for understanding and study of sleep and dreaming. I do, however, think that the power these tools offer may have contributed to the underrepresentation of less “flashy” research in the development of theories on why we dream.
There are many theories on why humans dream, of which four are discussed most prevalently in scientific literature. Perhaps the oldest of these theories is also the most well know, and was proposed by the famous psychologist Sigmund Freud. He suggested that every dream is the fulfillment of a desire repressed by the conscience, as if dreaming was somehow a break from the social graces and expectations we were forced to maintain throughout the day.

In what could be considered a more modern version of Freud’s theory, some research has suggested that dreaming is the time that we rest our pre-frontal cortex, which is responsible for the inhibition that keeps you from thinking terrible things about the asshole who took your parking spot or the very attractive guy who lives down the street. Imaging studies have shown that the normally active pre-frontal cortex is surprisingly inactive when dreaming, which both supports this theory and could offer an explanation for the lack of inhibition present in most dream content.
In addition to more Freudian theories, Hobson has proposed that what we interpret as dreams is nothing more than random patterns of neuronal firing that our brain performs at night in order to ‘exercise’ underutilized pathways. And lastly, along a similar vein, the fourth prominent theory maintains that the content of dreams reflects aspects of memory consolidation taking place during the different stages of sleep. That is to say, dreams themselves may not be important at all, they are merely a product of memory consolidation occurring throughout the sleep cycle.
Other than the outdated and undoubtedly biased work of Sigmund Freud, the one thing that all of these theories have in common is that the content of dreams played a very small or non-existent role in the development of the theory.
Again, I want to stress that I’m not saying the approach these theorists took isn’t a valid and insightful way to understand dreaming this topic, I just think it isn’t the only approach worth investing time and energy into.
Our understanding of the factors that influence dreams is undoubtedly incomplete, but that is not to say there is no knowledge to be gleaned from the information we do have.

Pregnant women, particularly in the third trimester, have been found to report a significantly higher rate of nightmares than the average individual. Personality can influence dreams in a variety of ways including but certainly not limited to altering the range of emotions that are typically expressed in a dream. The intentional suppression of dreams has been shown to cause a dream rebound and increase the distress level of the dream. Patients with Parkinson’s disease show a pattern of dream alteration characterized by heightened aggressiveness and the presence of animals. Lucid dreamers are able to achieve a hybrid state of consciousness that has definable and measurable differences than both waking and REM sleep.
It is clear that there is a wealth of knowledge to be gained from this form of study, but in order for it to be truly revolutionary, the sample of individuals and conditions will need to be as inclusive and diverse as possible. If we are able to more fully understand what external factors influence the content of dreams and the extent to which that factor is able to produce influence, we can use the differences in dream content and their corresponding causes to shed additional light on the ever-perplexing mystery, why do humans dream?