Folk psychology will evaporate under the growing heat of neuroscience.

These could be the words of an Eliminative Materialist (EM). Eliminative materialism describes the belief that there is a physical basis for everything, including what we call conscious experience. The theory, popularized by the Churchlands in the early 1980s, posits that psychology should be more accurately called “folk psychology” as it reflects our intuitive (false) notions of what is going on in our brains. They suggest that what we call “beliefs and desires” (propositional attitudes) are not real, as we act simply because of our biology. Don’t say “I love you”; instead say “you’ve really got my oxytocin and endorphins going today”. 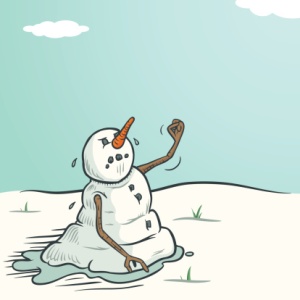 This fairly extreme example of a materialist view has myriad implications as a theoretical framework. One immediate implication is that psychology is incorrect and pointless; because it will all come down to neurons and chemicals and brain physiology, so psychology will inevitably disappear. Why do we bother with behavior? Why do we even need psychology?

Materialism in general takes many forms in todays world. It could refer to the desire to own more and more possessions (or newer possessions) despite a lack of necessity. In philosophy of mind or in cognitive science it generally refers to the idea that the material of the brain is king. That all of the research we are doing on cognition will eventually be able to be explained by a physical phenomenon. This belief, on some level, seems to be popular amongst the educated elite of our country and our world. This is probably in part a push back against the ostracization of religion from science; no one wants to be viewed as blindly believing in antiquated notions in scientific fields. Whether you believe in something like a soul or a mind or not, that won’t be the focus of this post. Instead we are going to dive into the implications of materialism for the relationship between psychology and neuroscience, and in general how evidence can be used to support or refute stances.

One of the results of the general materialist affinity is that money is being poured into neuroscience research that aims to find a physical basis for absolutely everything. Every new piece of evidence that emerges from neuroscience of physical bases for psychological phenomena is used as a confirmation (-bias?) of materialism. As always, there are many ways to interpret the results of research.

As an example for our analysis, a recent study showed that individuals with ADHD (Attention Deficit Hyperactivity Disorder) show “bilateral amygdala, accumbens, and hippocampus reductions” in their brains (Hoogman et al., 2017). These parts of the brain are important for emotion (amygdala), involved in reward pathways (accumbens), and implicated in memory formation (hippocampus). And these structures have been found to be less developed in individuals with ADHD.

As a person diagnosed with ADHD the fact that these brain structures show some abnormality is not surprising to me considering my knowledge of functional neuroanatomy and my own personal experiences. Studies in the style of this one are regularly coming out in the age of neuroscience. It is the way they are interpreted that I want to explore.

Studies like this are often cited as lending evidence to an eliminative materialist type philosophy. The justification goes like this: “well look at this, more proof that there is a physical basis for everything. THAT is what we should be focusing on.” Now, I’m going to get more blatantly biased at this point (everyone is biased all the time FYI) so read with a critical eye, as you should read everything. I definitely have an opinion here.

Very few psychologists deny the value or validity of neuroscience as a field, yet a striking number of neuroscientists seem to either blatantly or tacitly (via their philosophy) view psychology as being unscientific and not (as) worthwhile. This is certainly a generalization, and I don’t deny that it’s based on my own anecdotal evidence. 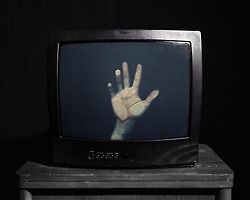 However, I think in the age where people are honestly arguing that we will be able to be programmed into a computer so well that the computer contains the whole consciousness of the human being, it is not unfair to make this judgement. For more on this – check out Sebastian Seung selling the Connectome (a proposed map of all the neural connections of the brain). We live in a society in which the educated are often religious in their belief in the power of science. And neuroscience just feels more sciencey to most of them; thus it gets the top spot in their hierarchy of importance.

Going back to the study – there is the elmininativist interpretation, but there are others as well. I want to call your attention to what made that study possible: a diagnostic criteria of ADHD based on behavior. The only way we can see neurological variance in individuals with psychological differences is to have defined those differences in psychology so that we can set up a control group. Finding neurological differences in the brain has little to no meaning unless they have implications for behavior.

To map the brain? Then sure, throw out psychology if you want.

To simply connect structures with functions? Then steal some vocabulary and some methods from psychology, but otherwise focus on the neuroscience being discovered.

To ultimately better peoples’ lives? Then for goodness sake recognize that we are in the wheelhouse of psychology and that behavior is essential to application.

The disciplines don’t explicitly NEED one another, but they should WANT to integrate whenever useful or reasonable. If we are all trying to understand people and the way they work, and we all want to make the world a little better with our research, what is there to be resistant to? Let’s all join hands, sing Kumbaya, and talk about how everyone can be special. And just get the heck back to doing good science. 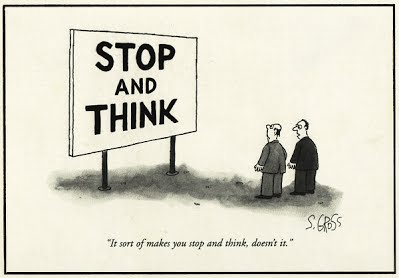 4 thoughts on “Who needs who: Implications of Materialism in Psychology and Neuroscience”