OK, I’ll admit it: I can’t stop thinking about Oliver Sacks.  We just finished reading The Man Who Mistook His Wife for Hat

in my neuropsychology seminar, and let me tell you, it’s one of the coolest books I’ve read as of late.  The last section of the book looks at several different case studies involving autism, and among the case studies, one of the recurring themes was low IQ.  Admittedly, I don’t have a lot of prior knowledge on autism spectrum disorder (ASD) (except that it’s definitely not caused by vaccinations…don’t get me started), but I found the whole low IQ thing really interesting, especially because a lot of the subjects of Sack’s case studies demonstrated tremendous, and seemingly magical cognitive ability despite such a low IQ.

While Sacks wrote a lot about autistic savants, and their ability to do incredible calculations, or know the exact weather on any given day, years and years in the past

, all the while having incredibly low IQs, it should be said that by no means do all individuals with ASD have a below average IQ.  ASD is a spectrum disorder, meaning that not everyone with autism experiences it in the same way, or has the same symptoms.

In fact, almost half of children with ASD have average or above average IQs (85 or above), and do not exhibit any savant-like abilities or behaviors.  For more on ASD in general, check out the National Institute of Mental Health’s page on the disorder—pretty much everything you could want to know is right there—knock yourself out!

So, what about certain individual’s with ASD leads to low IQ?  What was going on in the brains of the individuals in Sack’s studies?  Before answering that question, it makes sense to first explain where the current research stands in regards to autism and genetic makeup.  As of now, it is believed that autism spectrum disorders are heritable, and it is thought that chromosomal defects are involved, although a specific gene associated with autism has yet to be definitively determined.  However, it has also been found that there is a portion of DNA (containing several genes) that is missing from chromosome 16 in a small percentage of people affected with autism.

What is interesting is that this defect is not being inherited from an individual’s parents, but rather spontaneously originates, and therefore, it is this defect, rather than some sort of inherited genetic makeup that is motivating the development of the disorder.  Researchers still don’t know exactly which gene in this stretch of DNA is responsible for autism, but it is still so fascinating to me that we can even pinpoint such a small segment of DNA on a specific chromosome, and say that right there has something to do with it.  Science is so cool!  Also, not to complicate things further, but the researchers found that a duplication of that same segment of DNA resulted in the same link to autism as missing the segment did. 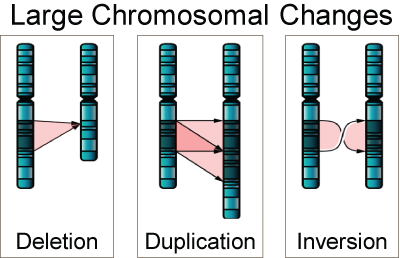 It just so happens that a study (see also) conducted at the University of Montreal that was looking at this supposed link between a missing portion of chromosome 16 and autism found a link between IQ and this specific chromosomal defect.  AHA!

Basically, they found that not only was that missing segment of genes associated with autism, but also with about a 25 point drop in IQ. To make things even cooler, a  duplication of the same region was associated with about a 16 point drop in IQ as well (remember I mentioned above that both a deletion and a duplication were linked to autism).  Obviously, there is a lot of research that still needs to be done to better understand why this is happening, and I’m excited to see where science will take us in a few years from now.

Perhaps those savants that Sacks was writing about had both the incredible, seemingly magical cognitive benefits of autism, but suffered from below average IQs for this exact reason.  I wonder what Sacks himself would have to say about this!

Not only are findings like this interesting to consider as we continue to learn more and more about autism and the many potential factors that contribute to the defect, but they are also interesting to consider when thinking about our society at large.  Is something like ASD really a disorder, or is it actually just one of the many ways in which we as humans can differ?  Is being an autistic savant really a disadvantage or have we merely designed and organized our world in such a way that makes it that way?  Regardless of where you stand on the issue, it can never hurt to learn all you can about what makes us all different.  Understanding is the first step to progress!