A veterinarian that only treats one species.

Many researchers including neuropsychologists have often tried to identify and magnify the differences between humans and non-human animals. But, Barbara Patterson-Horowitz, a cardiology professor and an attending physician at U.C.L.A., takes an opposite approach to the discussion after frequently consulting at the Los Angeles Zoo. During her time at the Zoo, Patterson noticed that the rounds the veterinarians did were very similar to the rounds she and other physicians did at U.C.L.A. This parallel sparked her interest and during the day Patterson began recording detailed notes concerning the conditions she came across in her human patients. In the evening, she would compare these notes with veterinary databases and journals, each time asking herself: “Do animals get [fill in the disease]?” Patterson explored cancer, heart-attacks, brain tumors, and shingles, and each time came up with the same answer – yes.

A few centuries ago, the same practitioner cared for both humans and animals. Physicians and veterinarians both claimed the same 19th century doctor, William Osler, as the father of both their respected fields. But today, most physicians see animals and their illnesses as “different” from humans. Humans have their diseases that are separate from animals. But, Patterson proves that this is not true. Animals have been found to have cancer, suffer from addiction, become obese, and inflict self-harm. Perhaps animals are not as different from humans as we think; perhaps physicians, psychologists, and other healthcare professionals need to blur the lines of the binary us versus them.

Let us start this idea by looking at cancer in both humans and animals. Many people relentlessly avoid tanning, microwaving, and smoking, but still develop cancer. Patterson tells us that, “where cells divide, where DNA replicates, and where growth occurs, there will be cancer.” Cancer is a natural part of the animal kingdom, but not all cancers affect all animal species. There are particular species that are protected from certain kinds of cancers, and humans should start learning from these examples.

Some forms of cancer are caused by genetics. In humans, breast cancer has been connected to a mutation in the BRCA1 gene, and this mutation exists in some animals as well. But other animals are protected from breast cancer. Which ones? Dairy cows and goats have rates of mammary cancer that are so low that they are statistically insignificant. This is because they lactate early in life and for a long time, which coincides with the human data supporting breastfeeding as a protective factor against breast cancer. Another way humans develop cancer is through viruses, which also holds true for animals. Lymphoma and leukemia in cattle, and cancers among sea creatures are frequently viral. There are clearly commonalities between humans and animals acquiring cancer, but what is more important are the species that do not develop cancers. 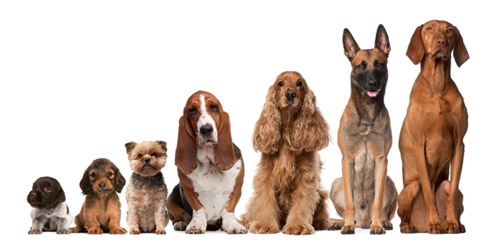 Let us take a look at canines. Dogs hardly ever get colon cancer or lung cancer. Canine breast cancer is more rare when spaying is a common practice. Two breeds, beagles and dachshunds, seem to get cancer significantly less than all others. Similar to the dairy-producing cows and goats, these animals most likely contain some sort of protective factors against cancer. Scientists have also found that elephants rarely develop cancer, and naked mole rats never do.

Humans can learn from these examples of extra-healthy species and others that may either have physiological features that are cancer protective or engage in behaviors that fight off the disease. Perhaps these animal species have a diet that is cancer protective, are more active, have lower BMIs, or have a heritable genetic defense. About 1.2 million new cases of cancer are predicted to occur every year, and around 565,000 people’s lives will be taken by the disease. Skin cancer, lung cancer, and cancers related to obesity are among the most common types of cancer today. These types of cancer, as well as some others, are linked to unhealthy behaviors that humans engage in. Smoking, drinking, eating unhealthy, tanning, and not exercising can all increase a person’s risk of developing cancer. But, these behaviors are in our control! If we look at animals, we will likely not see any of them smoking, tanning, or getting hammered, and this could be a reason that cancer is not killing them off. If humans lived like animals, perhaps we could decrease the rapidly increasing rates of cancer.

If we examine human and non-human animal cultures, we can better understand the underlying risk factors. By comparing and contrasting different species’ current environment as well as their histories, researchers have started to identify protective genes. Continuing to examine behavioral and physiological factors could help scientists better understand the causes of cancer, and other diseases. Knowing where cancer is not, is just as important as knowing where it is. Human healthcare professionals can learn from animal health experts, and vise versa, regarding the causes and treatment of illnesses and diseases. Perhaps this sharing of information could even help scientists find a cure for cancer.

Natterson-Horowitz, B. & Bowers, K. 2012. Zoobiquity: What Animals Can Teach Us About Health and the Science of Healing. Random House LLC: New York.